After more than 3 months of preparation, the game finally hits the shelf!

In the preview and testing stage, the game of [Hi, Big Boss] has attracted a great number of fans! After listening to a lot of suggestions, we have upgraded illustration and art design, optimized playing methods and improved props for many times, and finally delivered the perfect final edition!
Beforehand , there was a brief introduction. This board game is the first original game of the same category with The SIMS launched by Hicreate Board Game Club. The players can draw the life experience card to give themselves an initial starting point in life, and then obtain the final "Life Medal" by triggering various events, making different choices, accumulating funds, etc. The whole game design is very close to the real life experience. The process of the game is to run your own life, well fitting the different groups of people such as teenagers, college students, working people, etc.

Let's take a close look at this game! 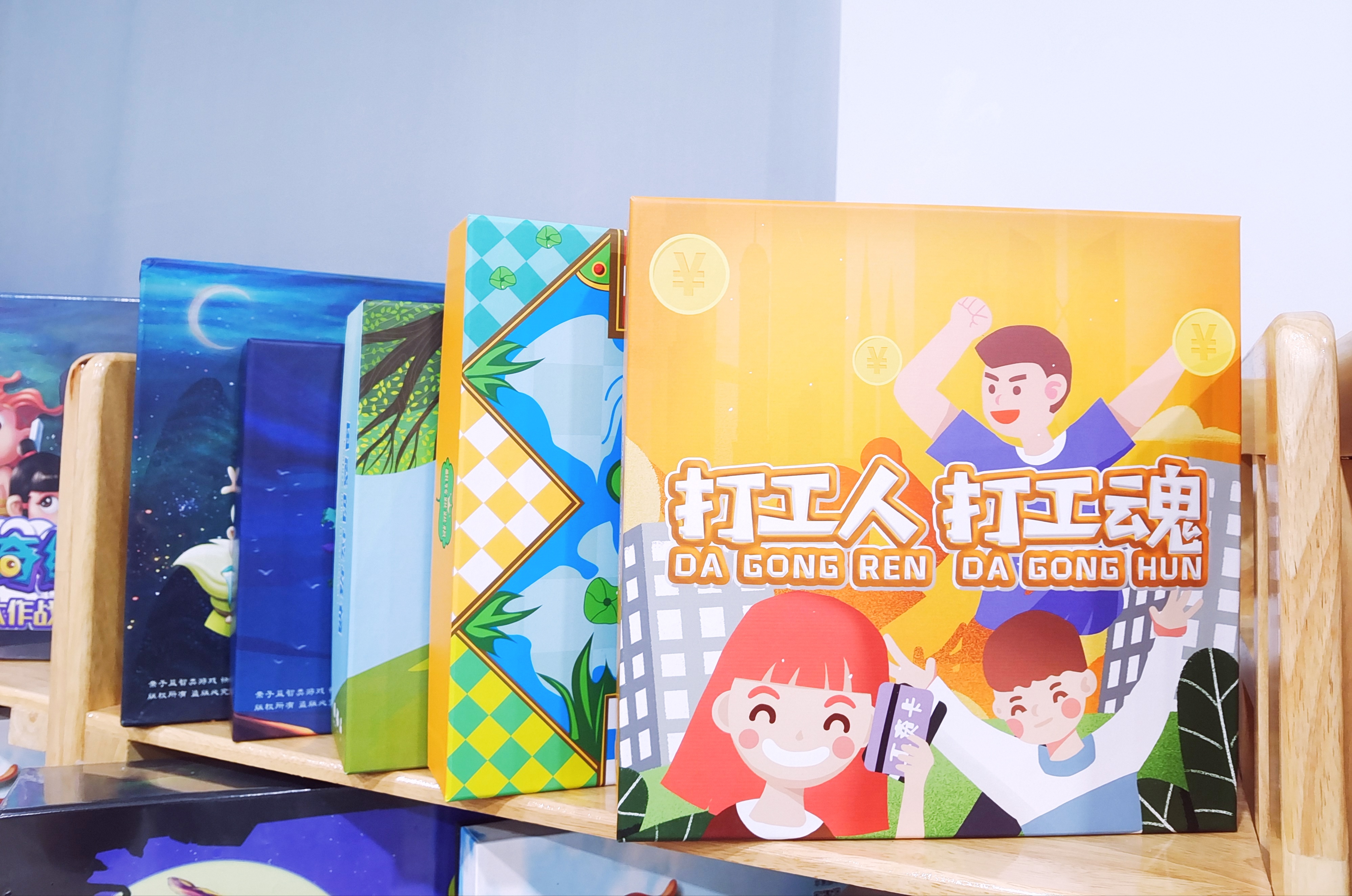 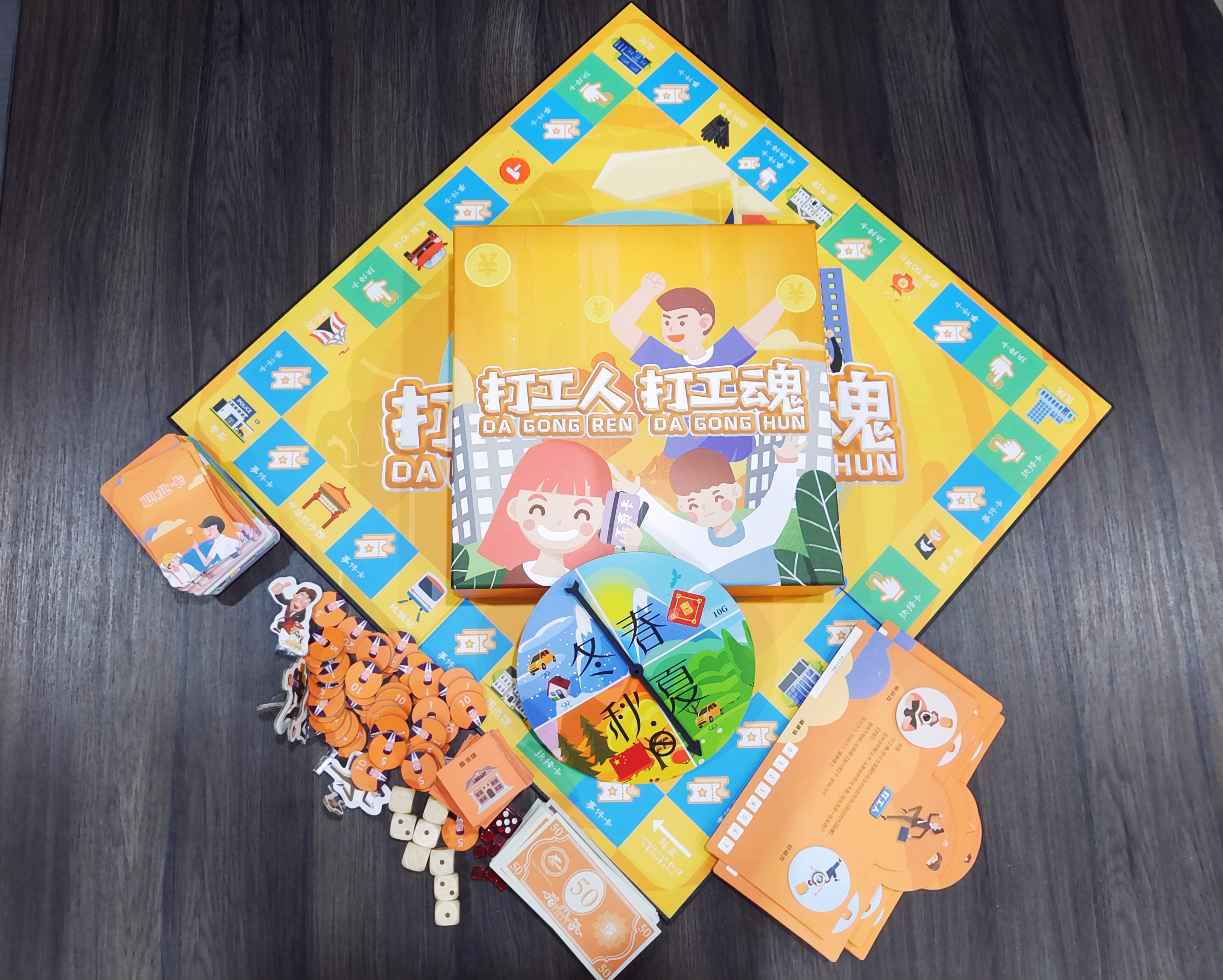 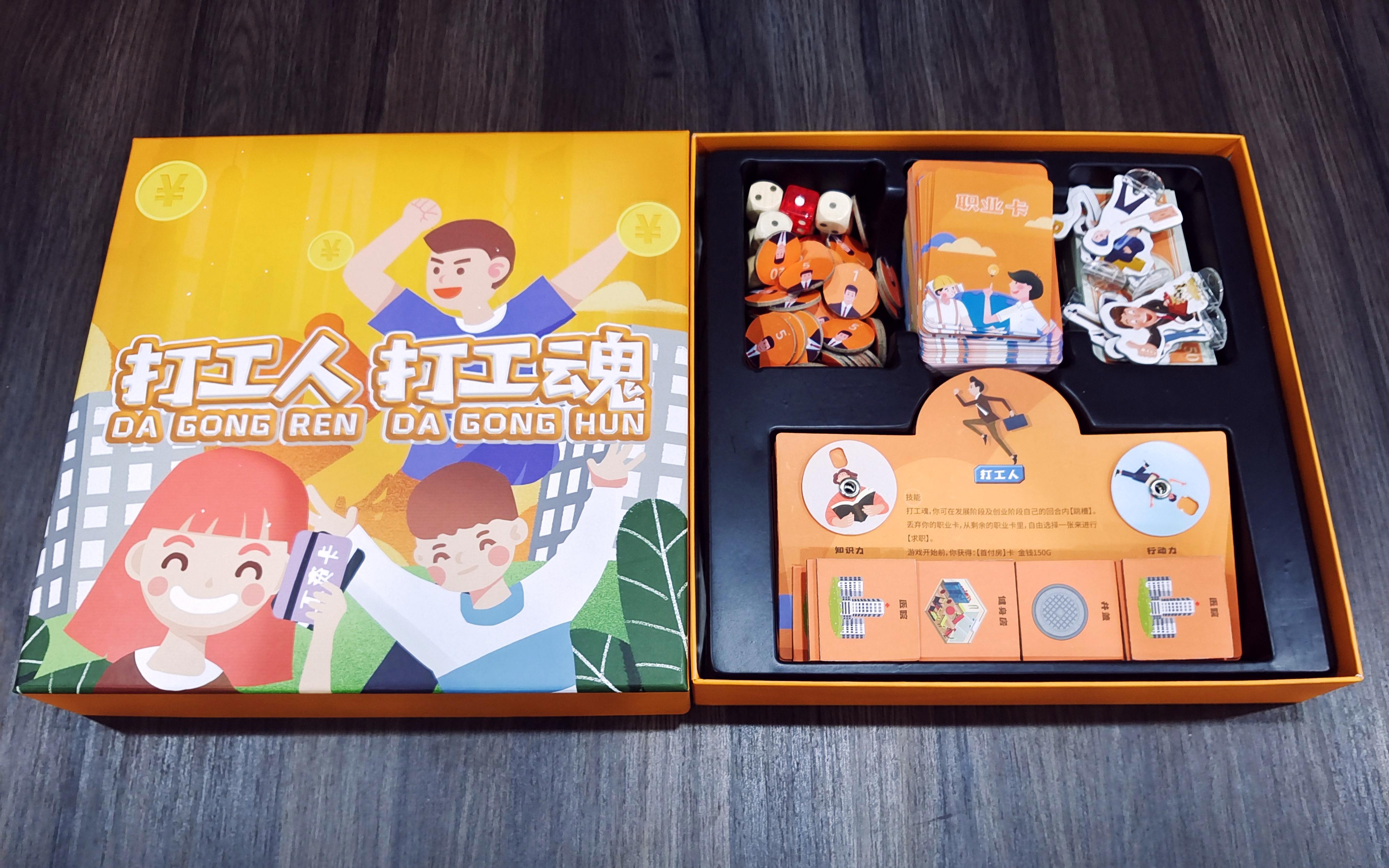 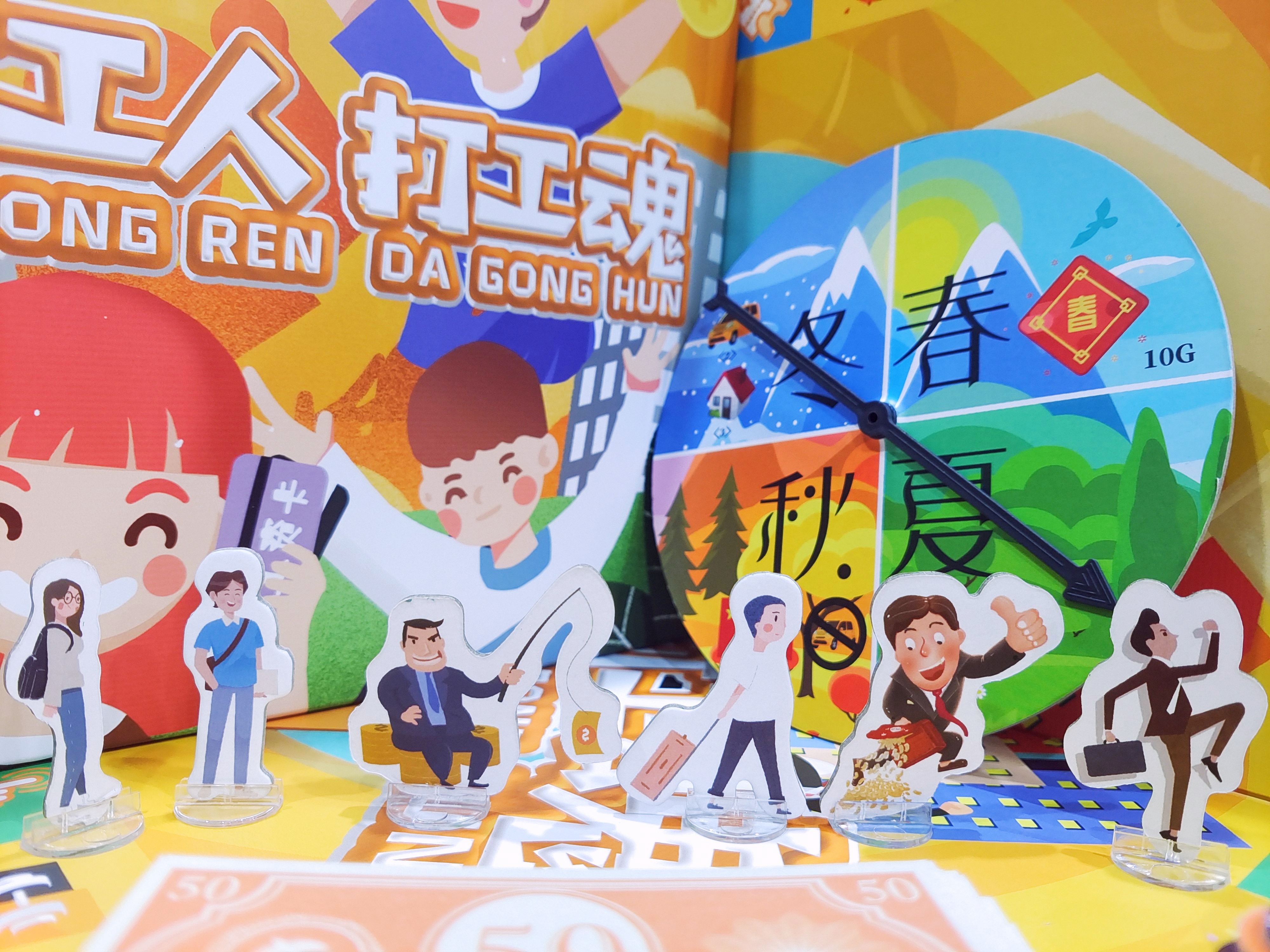 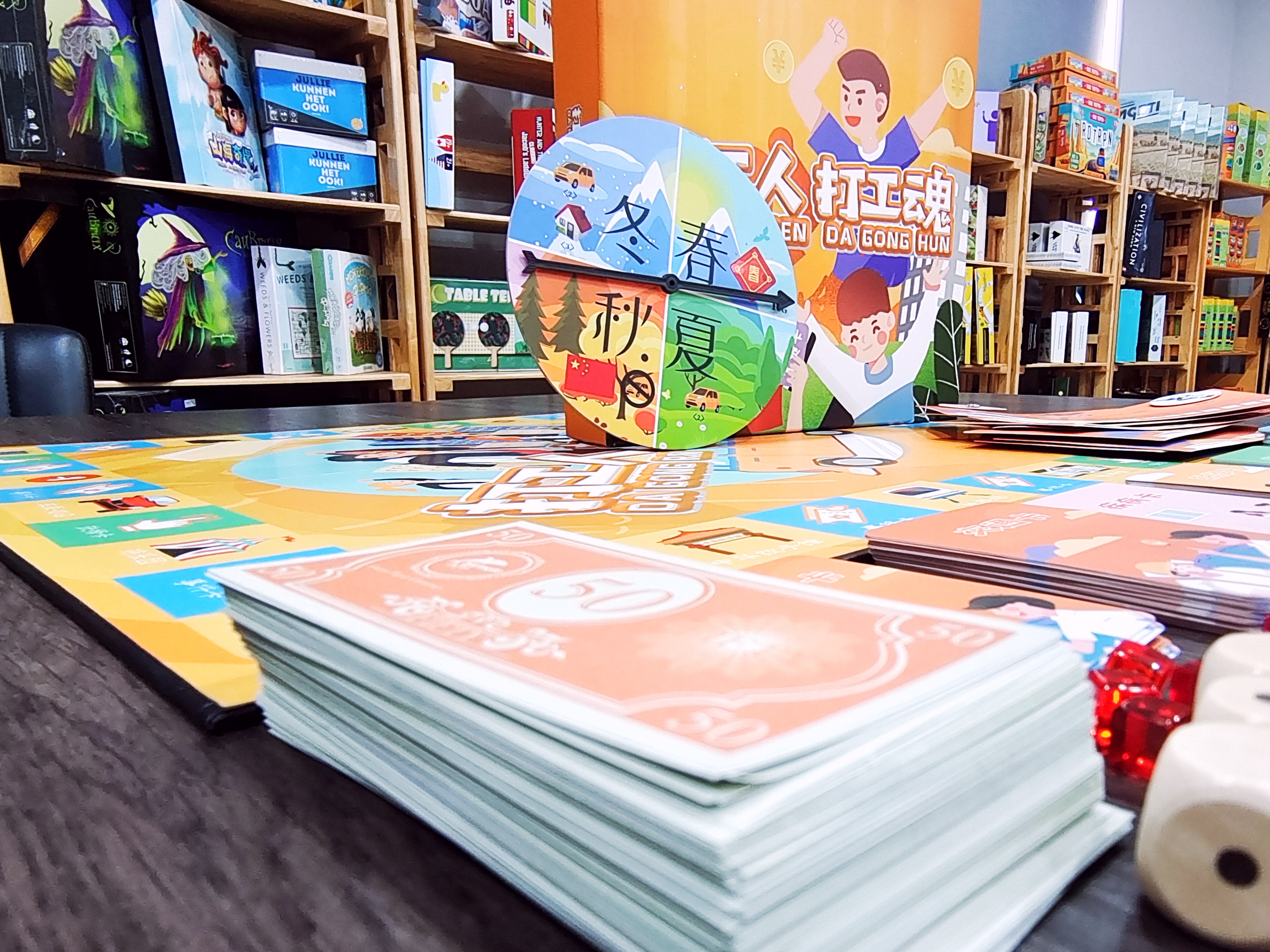 Play rules
At the beginning of the game, players roll D6 dice in turn, take turns to select life experience cards according to the number of points, and obtain role chess pieces, exclusive skill cards and prop cards.
Select a career card and insert it into the card slot corresponding to the life experience card

At this point, the player will trigger some events or arrive at some special places.
Some grids will require players to draw event cards, choice cards, etc., and each event card corresponds to a different event.

After all players have finished rolling the dice, they should move the roulette clockwise one grid to trigger the group plot. For example, in spring, the player with the maximum assets will send 10G red envelopes to each player. At the same time, every season, all players can get their own professional salaries. The initial position of the roulette pointer is "winter".

The game is divided into three stages: the stage of working for others, the stage of self-development and the stage of starting a business. After each turn of the roulette, it will enter the next stage, and all event cards need to be replaced with the exclusive event cards of this stage.
It should be noted that players can only buy houses and cars at the beginning of the second stage of the game, and can only choose [starting a business] or [job hopping] at the beginning of the third stage.

In the game, players can also spend some points and money building hospitals, gyms and libraries, but with only one of each kind of building allowed to be built. The passing players can choose to spend money to get points, or pay tolls directly. 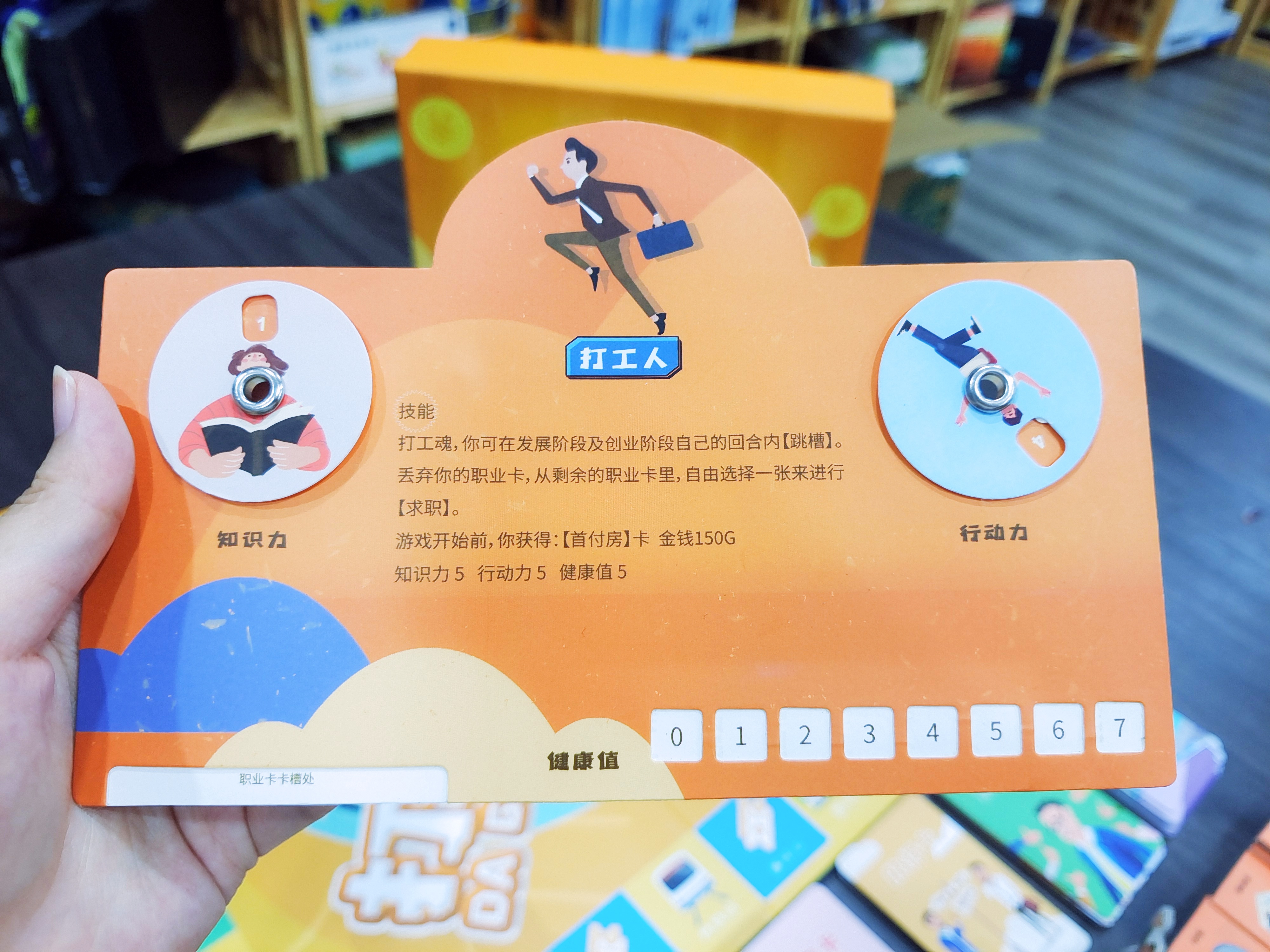 Victory conditions
The game sets four winning conditions. As long as you reach one of them first, you can win the final victory
1.All the people working for others are the best: if the number of occupations you have engaged in is equal to that of players and you have been promoted to the highest position, you will win.
2.People who are above vulgar interest: you can win when you obtain any four of the six prop cards: [righteous and courageous], [returning lost money], [respecting the old and cherishing the young], [brave heart], [unyielding heart] and [peaceful heart].
3.I am the big boss: when your company completes all entrepreneurial tasks and goes public successfully, you (and your shareholders) will win.
4.When all the event cards in the [business-starting stage] are drawn and no player wins, the "rich-second-generation" players inherit their family property and win.

Failure conditions
There are two conditions in the game. As long as you trigger one, you will be directly washed out.
1.The player’s health value reduces to 0
2.The total assets of the player is 0, without any room or car.
3.All props of the washed-out players can be auctioned. 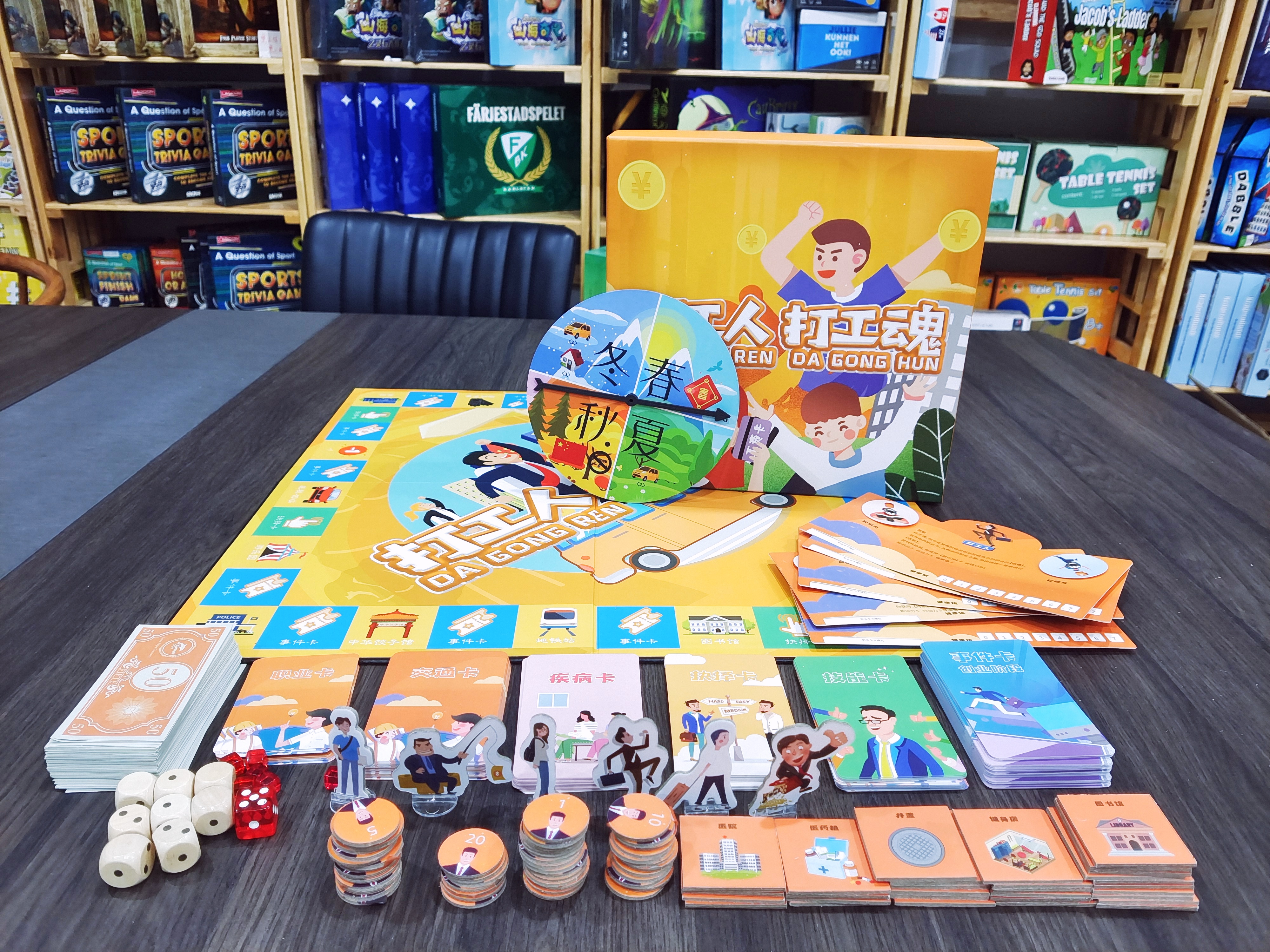 This game is suitable for 2-6 people to start. The more people there are, the more emergencies there will be, and the more interesting the game will be. Therefore, it is highly recommended to bring more friends to play together.

This game can help teenagers and college students establish a certain occupation concept, feel the possible work and life problems in the future, help them form a sense of life planning, and do a simulation drilling for entering the real workplace in the future.
Once starting this game, you can experience the workplace, learn life management, release the pressure of work, as well as enhance the friendship between friends and enjoy the fun of interaction through the face-to-face game.

This treasure game is completely suitable for many occasions such as staying at home, having a party, travelling, relaxing in the dormitory, daily entertainment, giving gifts at festivals, etc.
Let's get one and play!