Game Kitchen Launches All on Board, A VR Board Game Platform

Recently, Game Kitchen, the creator of the famous action platform Blasphemous, launched a VR board game platform called All on Board!

All on Board! is a board game platform built specifically for VR, designed to provide a more realistic virtual version of playing board games with friends. It offers a unique licensing structure that allows users to purchase All on Board games and play them in VR. The platform focuses on creating authentic social relationships in a virtual space where users can actually see their friends’ avatars and their hand movements as they reach out to move pieces, roll dice, etc. Users need to purchase a licensed game to play, but the entire team can play the games if only one person purchases the licensed game.

If you contribute $20 you will have access to the platform in beta phase at Christmas; if the amount is $40 you can play three licensed titles, and for $80 there will be 12 available.

So far, Game Kitchen has revealed six games for users to choose from: Nova Aetas Black Rose Wars, Escape the Dark Castle, Rallyman GT, Sword & Sorcery, Infinity Defiance and Istanbul. There are six other games yet to be revealed.

All on Board! is scheduled to release Meta Quest 2 and Steam VR in 2023, and contributors to the Kickstarter campaign will receive a beta version this summer. The robust modding system allows users to make and share user-created board games, game spaces and accessory libraries.

According to Game Kitchen, it will also eventually support other standalone devices, such as the Pico Neo 3 and upcoming devices like the Meta Cambria.
Founded in 2010, the Game Kitchen is said to be best known for its point-and-click adventure game The Last Door and the critically acclaimed indie game

Blasphemous, both of which were successfully funded through Kickstarter campaigns. 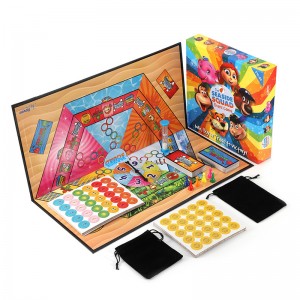